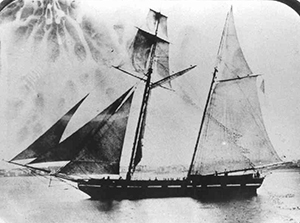 The Revenue Cutter Service, which employed federal cutters to enforce maritime laws, was established in 1790 to collect much-needed revenue for a post-Revolutionary War U.S. Treasury and to terminate well-established smuggling activities along the Atlantic Coast. The newly elected first president, George Washington, gave the task of organizing the cutter service to Alexander Hamilton, the nation's first secretary of the Treasury. Hamilton enlisted the help of customs collectors by inquiring in two Treasury Department circulars, dated 2 Oct. 1789 and 23 Sept. 1790, whether smuggling existed in their districts and if they needed boats to secure revenue. Overwhelmingly, the collectors replied that smuggling was rampant. Armed with collectors' correspondence, Hamilton presented Congress with a bill on 22 Apr. 1790 calling for establishment of a Revenue Cutter Service. Congress passed Hamilton's bill on 4 Aug. 1790, empowering the president to build and equip ten boats for the service. North Carolina received one of these boats. 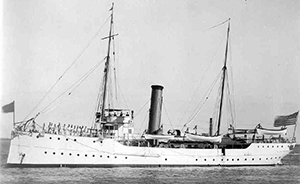