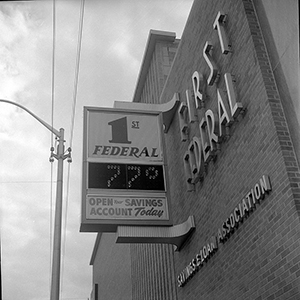 Savings and Loan Associations (S&Ls) in North Carolina were an outgrowth of the original building and loan associations, which were unregulated financial cooperatives owned by members who generally used funds they had borrowed and/or accumulated to build houses or purchase homesteads. While legislative involvement with building and loan associations began in 1870, it was not until 1915 that the General Assembly changed the name of credit unions and general cooperative associations to S&Ls, which for a time were regulated by the Department of Agriculture. In 1937 the legislature permitted federally chartered S&Ls to convert to state-chartered building and loan associations under a plan approved by the state commissioner of insurance and a designated federal authority. The same General Assembly also authorized these associations to invest in mortgages of the Federal Housing Administration, pending approval for credit insurance by FHA.

In 1967 the state legislature created the Savings and Loan Advisory Board within the Department of Insurance. The board was charged with reviewing rules and regulations promulgated by the commissioner. In the same year the legislature granted the state's S&Ls certain powers held by federal S&Ls, including authority to invest in capital stock or other securities of service cooperatives operating under state laws.

In 1971 the General Assembly made changes that again affected North Carolina S&Ls. Under one law, they were made subject to audit by the commissioner of insurance and were required to engage in activities approved by the commissioner and the Federal Home Loan Bank Board. In a separate action, the legislature endorsed the Executive Organization Act of 1971, including provisions for reorganization of the Department of Insurance and creation of the Department of Commerce. The commerce department absorbed various regulatory agencies, boards, and their administrative divisions, including the Savings and Loan Advisory Board and the Savings and Loan Division, both of which retained their previous statutory powers and duties. The name of the Savings and Loan Advisory Board was subsequently changed to the State Savings and Loan Commission.

In the late 1980s, during a period marked by the failure of many federal S&Ls, the North Carolina legislature made changes to the application process for new associations and specified that failure of any institution to maintain the requisite level and type of regulatory capital could result in supervisory action by the administrator. In special legislation in 1989, the General Assembly authorized the administrator of the Savings Institutions Division to promulgate rules and regulations governing conversion of state associations to federal institutions with requirements equal to or greater than those required under federal charters. In 1991 the General Assembly specified a new procedure requiring the administrator to present recommendations regarding the establishment of a proposed savings bank to the Savings Institutions Commission during a public hearing, whereupon the commission was to decide whether the bank would be chartered. The legislative body also established procedures for mergers of banks and former S&Ls and guidelines for conversion of S&Ls to state-chartered banks.

Savings and Loan Study Commission, Report to the Governor and the 1981 General Assembly (1980).

"Thrift Industry: State S&Ls Feel the Pinch but Are Better Off than Most," We the People of North Carolina 40 (August 1982).