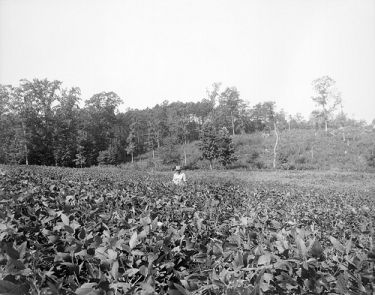 Tobacco belts are areas that traditionally have a large number of tobacco warehouses or markets. The largest tobacco belt in North Carolina is the Eastern Belt. It consists of approximately 65 tobacco warehouses, situated in 18 market towns beginning on the north side of the South River and extending northward to Ahoskie. By the late nineteenth century, tobacco production had begun spreading out of the Piedmont region of the state and into many eastern counties. Among the primary reasons for this movement were the diseases and soil depletion experienced in the Piedmont, the adventurous nature of some farmers, and the need for economic expansion. Farmers found it expedient to create markets for their tobacco near to the site of production, and soon the tobacco marketing industry had organized itself in the form of the Eastern Belt, though that term itself was not yet in use.

The Old and Middle Belt denotes a tobacco belt that has some of the oldest tobacco market towns in North Carolina. The term "middle" refers to its geographical location in the state. Historically, tobacco production moved westward across Virginia, from Jamestown into Lynchburg, down to Danville, then east and westward along the Virginia-North Carolina border. The modern-day Old and Middle Belt in North Carolina has dozens of tobacco warehouses situated in nine market towns. These towns range from Louisburg in the east to Mount Airy in the west.

The growing, harvesting, and marketing season of North Carolina's Border Belt is usually about one week behind that of the Eastern Belt and two weeks behind the Old and Middle Belt.