From Dependence to Independence 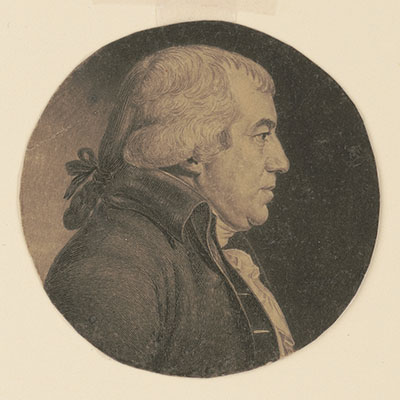 In the early 1770s, James Iredell of Edenton was young, indebted, and struggling. Repeatedly he wrote his parents and his benefactors, outlining for them his current problems and his steady resourceful efforts to overcome them. Frequently he told his confidants of the goal that constantly lay before him. “I cannot expect every thing at once,” he solemnly informed his mother in 1771. “[I] shall be only 20, Saturday, and all I wish for is enough to live upon independently.”

The independence that Iredell longed for was release from debt and from reliance on the patronage of others. He worked for the opportunity to take his place in the world of men as an autonomous gentleman, who lived well and relied on his own resources. Before he turned thirty, Iredell’s hopes were fulfilled. His law practice was successful, he was an admired and trusted leader in North Carolina’s government, and he was married to a wealthy and well-connected lady whom he loved very deeply. As a man of his affairs, a master, a husband, and a father, James Iredell had achieved his “genteel Independency.”

His adopted state had done the same. “Independence” was a word that earlier generations of North Carolinians had shunned. When the Lords Proprietors held sway over the infant colony on the Albemarle, the inhabitants had acknowledged their constant need for help from Britian about as often as they protested the terms upon which that help was offered. “Wee need not Informe yor Lordshipps how weak & uncapable wee are of managinge things of so Concerne as ye well layinge a foundation of a country by wholsom Law wth our advertisement:& Direction from yor Lordship,” read one humble and at least partially sincere petition of 1672. Eventually, however, North Carolinians and other Americans became ready to strike out on their own. As early as 1761, Governor Arthur Dobbs had denounced “a republican spirit of Independency” in the pretensions of the colonial Assembly. Over the succeeding decade, Britain's efforts to tighten control over the colonies aroused furious resistance in North Carolina and the other colonies. By 1774 attorney William Hooper was predicting that all the colonies “are striding fast to independence, and ere long will build an empire on the ruin of Great Britain.” 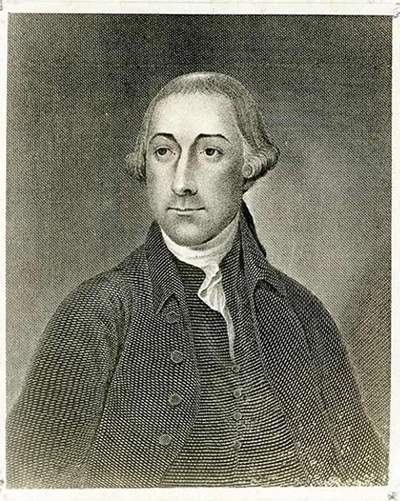 As they shaped their new commonwealth, the state's citizens tried to follow the same principles that had led them initially to independence. The Provincial Congress made North Carolina a republic when it declared "that all political power is vested in, and derived from, the people only." Beginning as a political description, "republican" came to be a cultural standard that North Carolinians tried to apply to every institution in their society. When the citizens thought that their families, churches, schools, and economic arrangements were truly republican, they sought to protect that fragile quality from the hostile forces of a changing world. If they thought their institutions failed to measure up to republican standards, the citizens sought appropriate reforms. The struggle to establish and maintain an independent republican society was the pervasive theme in North Carolina's history from 1770 to 1820.

Like many republic-minded Americans, however, North Carolinians were suspicious of bestowing too much power on politicians. As early as 1777, Ebenezer Hazard described their reluctance to trust power in one person’s hands for too long. Joseph Hewes, a signer of the Declaration of Independence for North Carolina, had not been returned to the Continental Congress, “as he has served 3 years, & the people think that a sufficient Length of Time for One Man to be entrusted with so much Power.”

Landmarks of the War for Independence survive in every part of North Carolina. Moore's Creek National Military Park, in Pender County, commemorates the battle site of a 1776 American victory over Tory Highland Scots. Guilford Courthouse National Military Park, in Guilford County, commemorates Lord Charles Cornwallis's Pyrrhic victory over the Americans under General Nathanael Greene in 1781. But the cultural monuments of independence, though less conspicuous than the battlefields, are even more significant. When the shooting died away, North Carolinians continued to work out the meaning of independence in the fabric of their daily lives and to fulfill the seemingly profound opportunities and obligations that liberty brought them.

As they shaped their new commonwealth, the state's citizens tried to follow the same principles that had led them initially to independence. The Provincial Congress made North Carolina a republic when it declared "that all political power is vested in, and derived from, the people only." Beginning as a political description, "republican" came to be a cultural standard that North Carolinians tried to apply to every institution in their society. When the citizens thought that their families, churches, schools, and economic arrangements were truly republican, they sought to protect that fragile quality from the hostile forces of a changing world. If they thought their institutions failed to measure up to republican standards, the citizens sought appropriate reforms. The struggle to establish and maintain an independent republican society was the pervasive theme in North Carolina's history from 1770 to 1820.

The most outstanding product of the cult of classical antiquity was the larger-than-life-size statue of George Washington that the legislature authorized in 1816. Completed by the great Italian sculptor Antonio Canova, the statue depicted the father of his country in the garb of a Roman general who has turned from the exercise of the sword to the arts of peace. Seated on a stool, the statesman was shown in the act of composing laws for the good of his countrymen. The figure of Washington touched a deep chord of emotion among North Carolinians; the Raleigh Register called it "that proud monument of national gratitude, which was our pride and glory," and most of its viewers seem to have agreed. As a work of political art, the sculpture was heavily didactic, and, according to a later legislative report, its message was plain. "While it refuted the calumny which stigmatizes republics as ungrateful," the solons declared, "it taught that true glory is the meed of virtue, and that, though temporary popularity may be gained by courting public favor, permanent renown, the renown which triumphs over the grave, is awarded to him alone who seeks the public good with pure and devoted disinterestedness." The citizens placed the image of Washington in the rotunda of the State House, where it silently demonstrated to legislators and visitors alike the glory of republican government and the qualities expected from an ideal republican statesman.

The colonists’ fondness for liberty flourished in spite of the fact that inequality and a lack of freedom were widespread in their society. White men of the “middling” or “lesser sorts” found themselves restricted by the power and privileges of the “better sort” of gentry. Propertyless freemen had no legal right to vote. In the colonial Assembly, an established elite of planters, merchants, lawyers, and other leading gentlemen from eastern towns and counties dominated the underrepresented farmers from the backcountry. Colonial women had virtually none of the rights that men had, and married women had no legal identities apart from those of their husbands. The gravest inequality and lack of liberty burdened the lives of black slaves whose labor supported the privileges of white society. Colonial North Carolina was no egalitarian utopia.

From the beginning, some North Carolinians wanted to turn the traditionalist campaign for the rights of Englishmen to a more universal struggle for the rights of man. To a certain extent, they were successful. The new state constitution put strict limits on the power of the government and gave the vote to propertyless male taxpayers. The Revolution itself tended to make men of talent leaders regardless of their social origins. In 1811 Jeremiah Battle of Edgecombe County recalled a Revolutionary hero who rose to the legislature on the basis of native ability. “Altho’ he was almost destitute of education he was a considerable orator; & whenever he rose to speak in those public assemblies, the greatest attention was paid to his opinions, as they carried the strongest marks of good sense.”

The Revolution had made civic equality the basic principle governing relations among white men, so the laborers, artisans, and tradesmen of New Bern had very good reasons to toast its outcome. But in spire of the ritual familiarity between the elite and the populace, the Revolution had hardly swept away class lines, even among whites. The new constitution limited the right to vote for state senators to the owners of fifty acres of land, and higher property requirements restricted access to elected offices. The rights of women and slaves were not improved by a fight for the liberty of white males, and the hierarchical principles of patriarchal and slave-based society continued. The legacy of the Revolution was therefore ambiguous. The outcome gave all citizens something celebrate, but inequality and enslavement still persisted.

As the eighteenth century drew to a close, many North Carolinians were deciding that the dominant culture of the republic was unsatisfactory to them. For one thing, the cultural world that embraced Federal architecture, Masonic ritual, and the cult of classical antiquity was the private preserve of an exclusive elite. Common freemen were closed off from the education, leisure, and powerful social positions that made this culture meaningful to the gentry, and they were often made to feel inferior because they did not share in the gentry's "refinement." These citizens also lacked the economic advantages provided by the expansion of the market economy. Numerous quiet citizens found a public life that was dominated by fighting, gambling, and drunken electioneering morally repugnant. They had reason to be disappointed that the Revolution had failed to complete its promise of liberty, equality, and progress for everyone.

These excerpts originally appeared in the chapter titled "The Culture of the Republic."