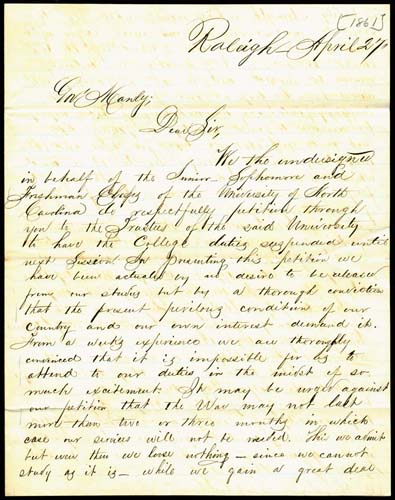 Willoughby Francis Avery, journalist, was born at Swan Ponds, Burke County, the youngest of the sixteen children born of Isaac Thomas and Harriet Erwin Avery. He was the "Benjamin" of a large family. Fifteen years old at the time of his mother's death, he grew up a jolly, carefree boy and entered The University of North Carolina in the fall of 1860. At the university he stood first in a large class but left to volunteer in the Confederate Army.

Avery's first service was as a lieutenant in a company of cavalry raised in Burke County by Colonel T. G. Walton, which became Company F, Forty-third North Carolina or Third Cavalry. In 1862 he was transferred to the Thirty-third Regiment, which was commanded by his older brother, Colonel Clark Moulton Avery. He served as a second lieutenant in Company C, was later promoted to captain and transferred to Company I, and served in this capacity until the end of the war. He was wounded first at the Battle of Sharpsburg and again at Gettysburg; finally, in May 1864, in the Wilderness of Spotsylvania, he was so dangerously wounded that his life was saved only by a very skillful operation. When the war ended in 1865, he was twenty-two years old and had already endured more physical and emotional anguish than most men are called upon to tolerate in a lifetime. Plagued by crippling wounds of the flesh and of the spirit, he survived the war only eleven years.

On 7 Nov. 1866 he married Martha Caroline Jones; she died in less than two years, as did their infant daughter.

Avery chose journalism as a vocation and edited newspapers in Asheville and Charlotte before returning to his native county and establishing a newspaper at Morganton, which he called the Blue Ridge Blade. In February 1875 he married Laura Atkinson of Johnston County, a stepdaughter of W. S. Smith. They had one son, Willoughby Moulton Avery, who later married Emma Sharpe of Greensboro, a granddaughter of Judge Thomas Settle.

Willoughby Avery died when his son was only seven months old; he was buried in the churchyard of the First Presbyterian Church at Morganton, where he had been a member since 1 Aug. 1867. This grave has since been moved to the lawn at the new church site in Morganton.