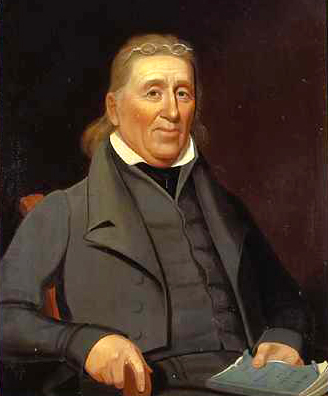 John Gray Blount, merchant and landowner, was born in Bertie County, the son of Jacob Blount and Barbara Gray. An important figure in the business and political life of North Carolina, he was a representative from Beaufort County in the House of Commons from 1782 to 1793, served in the senate three terms—1791, 1793, and 1795—and served on the council of state on several occasions. He was a member of the conventions at Hillsborough in 1788 and at Fayetteville in 1789 and played an important part in the ratification of the federal Constitution in 1789. He was a justice of the peace of Beaufort, commissioner of the Port of Bath, and postmaster at Washington from 1791 to 1815. He was a Federalist, but he took an active part in the election of Thomas Jefferson as president in 1800.

Blount was educated as a surveyor under the surveyor general to the Crown. He ran the Blounts' mercantile business in Washington and operated branches at Tarboro, Shell Island, and Prospect Mills. He and his brothers, Thomas and William, had large shipping interests, owning wharves, warehouses, flat boats, and sea vessels. They were among the greatest landowners in American history, with huge tracts from the Atlantic to the Mississippi. Blount and his brothers also owned sawmills, gristmills, tanneries, and cotton gins and engaged in agriculture and the slave trade.

On 17 Sept. 1778, Blount married Mary Harvey, the daughter of Colonel Miles Harvey of Perquimans County. They had six children: Thomas, William Augustus, John Gray, Jr., Olivia, Polly, and Martha. Blount moved to the Forks of the Tar River, where he helped establish the town of Washington, and lived there the remainder of his life. 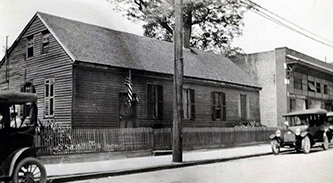