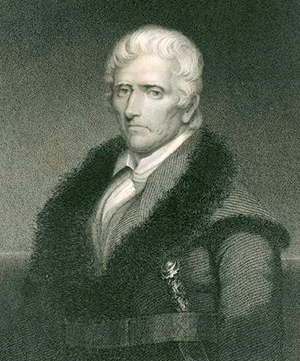 Daniel Boone, hunter and trusted leader, was several times a member of the Virginia legislature and a syndic (commander) of the Spanish Femme Osage District, now part of Missouri. Boone lived more years in North Carolina than in any other territory or colony. He was born of Quaker parents in Oley Township, present Berks County, Pa. Squire Boone, his father, was a native of Bradninch in Devon, England. His mother, Sarah Morgan Boone, was of Welsh ancestry.

Brought up in frontier Pennsylvania, the boy Daniel learned to be an expert hunter. When his family migrated southward to Virginia with the stream of settlers in about 1750, Daniel had probably preceded them on hunting expeditions. Later Squire and Sarah Boone moved their family of eleven children to North Carolina, where Squire became a justice of the peace when Rowan County was created in 1753.

Daniel Boone, twenty-one years old, served as a wagoner in Edward Braddock's campaign against the French and Indians in 1755, after which he married Rebecca Bryan. During the ensuing years he served as a ranger defending frontier North Carolina against Indian attacks; later he hunted throughout Western North Carolina and what became Kentucky and Tennessee. Eight children were born to the Boones before the family left North Carolina for Kentucky. In 1775, Boone arranged a treaty between Richard Henderson and his Transylvania Company and the Cherokee Indians, whereby Henderson purchased most of Kentucky and Tennessee from the Cherokees. Boone and thirty ax-men cut a road along the Warriors' Path, called the Wilderness Road; led settlers; and helped establish the frontier station, which was called Boonesboro. During the American Revolution it was dramatically defended against Shawnee attack through the planning and leadership of Boone. 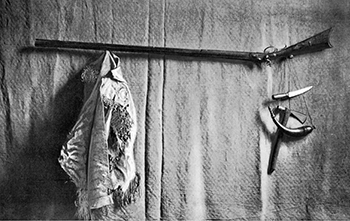 His versatility was evidenced in many ways after the Revolutionary War. Indian attacks against Kentucky did not cease with the peace treaty of 1783; Boone arranged for a cessation of hostilities and an exchange of prisoners in 1787. He was engaged throughout the 1780s as a surveyor, storekeeper, and member of the Virginia legislature from Kentucky. Because of his failure to record his land claims and those of his clients, most of their claims were disallowed. Boone became dissatisfied and removed his family first to Kanawha County, Va., in 1789, and then to Charleston, which district he represented in the Virginia legislature and as lieutenant colonel-in-chief of the militia.

At age sixty-five, Boone led other relatives and friends to the Spanish territory of Louisiana in a portion of the present Missouri. He was offered 9,350 acres of land for inducing one hundred families to settle in the Femme Osage District and was appointed syndic, or administrator, of the district, with jurisdiction over civil and military affairs. When the United States purchased Louisiana, the U.S. land commissioners deprived him of his land because he had not cleared the required number of acres. A special act of Congress in 1814 restored 850 acres to him, and he lived in this district until his death. His two sons, Nathan and Daniel Morgan, became prominent in territorial and state politics.