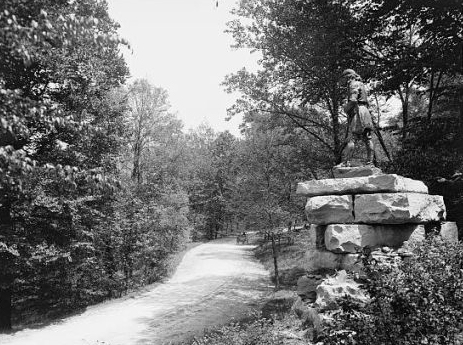 The Transylvania Company was organized as Louisa Company in 1774 to invest in vacant, nonpatented wild lands within the chartered limits of North Carolina and Virginia. In the fall of that year, Captain Nathaniel Hart visited the Overhill Cherokees at their Otari towns to negotiate for the lease or purchase of an immense tract of land between the Kentucky and Cumberland Rivers. Early in 1775 new articles of copartnership, renamed the Transylvania Company, were entered into to define the terms of the joint venture more clearly. The Transylvania partners took what was purported to be an absolute conveyance of the millions of acres in question from the Cherokee chiefs. Headquartered in Williamsboro, this unincorporated association was, at its largest, composed of nine influential North Carolinians: Richard Henderson, John Williams, Thomas Hart, Nathaniel Hart, David Hart, John Luttrell, Leonard H. Bullock, James Hogg, and William Johnson.

In March 1775 Daniel Boone, working for the Transylvania Company, and a party of about 30 woodsmen blazed a primitive trail from the Holston River in East Tennessee across the mountains at Cumberland Gap to open this area to settlement. Boone's trail, the Wilderness Road, became the main route to the new settlements.

Transylvania Company's so-called purchase from the Indians was publicly denounced by the governors of Virginia and North Carolina, however, and the scheme was invalidated. The Virginia legislature nullified the arrangement by creating Kentucky County in December 1776, and in 1778 that body granted 200,000 acres on the Green River to the Transylvania associates as compensation. The copartners turned to the Cumberland River and formulated plans to colonize French Lick in 1779-80 with another proprietary arrangement, the Cumberland Compact. In 1783 the General Assembly of North Carolina terminated Transylvania's control but granted the copartners 200,000 acres in Powell's Valley in East Tennessee.

Archibald Henderson, The Significance of the Transylvania Company in American History (1935).

Can a somewhat primitive

Can a somewhat primitive trail be followed from where Boone started to where he ended the clearing of the Wilderness Trail?

I am unaware of a single site that links together the historical trail and locations that can be traversed today, across the states that the Wilderness Road Trail crossed.

There is a website for historic sites along the trail in Virginia -- http://www.wildernessroad-virginia.com/routes/daniel-boone-wilderness-tr... You may also be interested in a page on the site TrailLink -- http://www.traillink.com/trail/wilderness-road-trail.aspx.  I not see a page for portions of the trail that were in Tennessee or Kentucky.

Here is a map from the National Park Service that shows the trail from Pennsylvania to Kentucky: http://www.legendsofamerica.com/photos-kentucky/WildernessRoadMapNPS.jpg.  And here is a video on the trail from the Smithsonian: http://www.smithsonianmag.com/videos/category/history/daniel-boones-wild...

You may also be interested in a number of books published on the subject, that might give some more insight into the history and traveling the trail.  Here is a link to search results from WorldCat (an online catalog that searches for books and libraries across the world that have them): https://www.worldcat.org/search?q=wilderness+road+trail+AND+daniel+boone... You can enter your location to find a library near you that has a particular book.

Finally, you may want to visit the National Park Service site for the Cumberland Gap, as it crosses Kentucky, Tennessee and Virginia: https://www.nps.gov/cuga/planyourvisit/maps.htm.  You’ll also find their contact information and they would be a good bet for knowing what sort of patchwork of access points exists to be able to follow the trail.