Platt Ketcham Dickinson, the founder of a profitable lumber business in Wilmington and a lifetime director of the Wilmington and Weldon Railroad, was born in New England and migrated to Wilmington when he was twenty-one, first residing at the boarding house of Mrs. Mary Vance, then a mecca for young emigrants from the North. A year later he complained of "want of business," stating he was of the opinion that "the harvest of this place is already gathered." Early in 1817 he wrote from Wilmington that he had "advertised the stock in trade and wish to quit the business." But three years later he was still in Wilmington for on 20 Nov. 1820 he married Jane Vance, daughter of Mrs. Mary Vance who had died the previous April. By this time he had begun his lumber business in the northern section of the town on a site along the Cape Fear River, though he still lamented that Wilmington's only contact with the country was via water or stage coach. He realized that such a transportation constraint stunted the growth and commerce of the city. 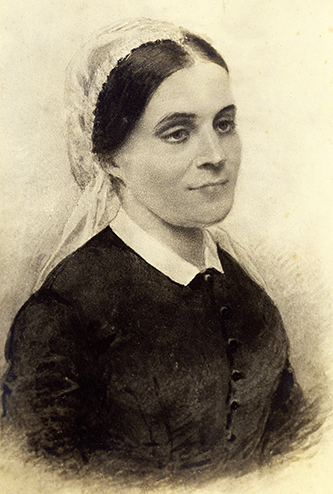 Early in the 1830s Dickinson returned to Wilmington from a trip to his native New England with great enthusiasm for the building of a railroad from Wilmington to Raleigh that would connect Wilmington with the coastal towns and the interior. This he avowed would assure the growth and prosperity of Wilmington. In time his enthusiasm ignited the imagination of others including Edward B. Dudley, who with Aaron Lazarus subscribed $30,000 for the project, and Andrew Joyner, W. D. Moseley, James Battle, Alexander Anderson, William B. Meares, James Owen, R. H. Cowan, and Thomas H. Wright. Dickinson, who subscribed $25,000 to the project, and these associates formed the first board of directors of the railroad, which was chartered in January 1834 and completed 7 Mar. 1840; he remained a director until his death.

Dickinson also inaugurated the North Carolina Railroad, and for many years served as a director of the Bank of Cape Fear. In 1850 he built a substantial brick residence at the northeast corner of Front and Chestnut streets that was enhanced by an extensive landscaped garden embellished with many rare plants and shrubs.

P. K. Dickinson, as he invariably signed himself, was a member and benefactor of St. James's Church as well as a prominent benefactor of the poor in the city. He died at his home in Wilmington and was buried in Oakdale Cemetery. 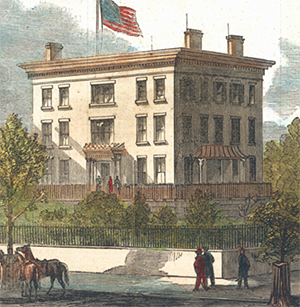 Wilmington and Weldon Rail Road. Annual reports of the president and directors and the chief engineer and superintendent of the Wilmington & Weldon R.R. Co., with the proceedings of the general meeting of stockholders. [Wilmington, N.C.] [N.C.]: The Company,. Wilmington, N.C.: Fulton & Price. 1855-1872. http://digital.ncdcr.gov/cdm/ref/collection/p249901coll22/id/34386 (accessed March 18, 2013).