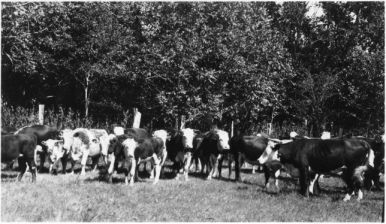 Cattle drives, made famous in western states such as Texas and Oklahoma during the nineteenth century, were actually undertaken in North Carolina before the end of the colonial period. Tens of thousands of cattle every year were driven along roads and paths from North Carolina to seaports such as Charleston or Norfolk, to Philadelphia, and to New York City by cattle drovers. The cattle were gathered from the forests and meadows into areas called "cow pens," branded, and walked to market.