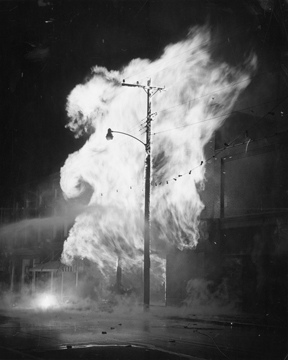 Fire departments in North Carolina cities and towns have advanced from sincere but often ineffective community efforts to highly equipped governmental agencies employing numerous professional firefighters. For centuries, North Carolina fires have caused severe damage to property as well as tragic loss of life. The threat of sudden destruction by fire was ever-present in eighteenth- and nineteenth-century towns whose buildings were constructed almost entirely of wood. In these towns, or situated nearby, were businesses highly prone to catching fire, such as naval stores and lumber yards, blacksmith shops, and gristmills. Later in the 1800s, many textile factories, furniture companies, and sprawling warehouses full of dried tobacco proved to be disastrously flammable.

In colonial North Carolina, fear of fire prompted some towns to enact public safety laws and form volunteer firefighting groups. Residents in Edenton were required to keep a ladder at the side of their homes, and in New Bern each household had two leather buckets as well as a ladder to help fight fires. Wilmington even levied a tax on its citizens for fire protection and in 1755 used that revenue to buy its first hand-pumped "water engine." Salem laid one of the South's first public water systems in 1778. Although this system served the convenience of the inhabitants and improved the town's overall hygiene, the wooden water pipes were installed primarily to assist local fire brigades.

Given the predominant use of wood in the construction and heating of buildings and of candles and oil lamps for lighting, as well as the general inadequacies of early water systems, it is understandable that virtually every municipality in North Carolina encountered major fires. Following the charring of about 50 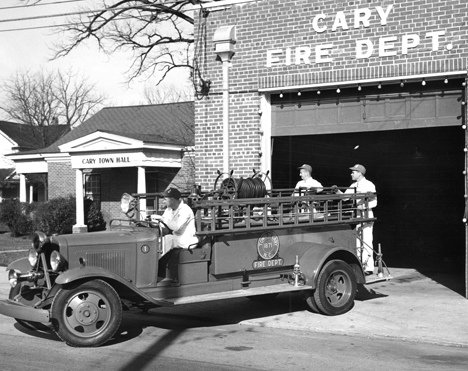 houses and shops in Raleigh in June 1816, many citizens rebuilt with brick and other more flame-resistant materials. Wilmington, too, despite early prevention measures, suffered the ravages of numerous conflagrations; a fire in November 1819 destroyed a large section of the bustling port town.

In 1831 two massive fires occurred in North Carolina. On 29 May in Fayetteville, a small blaze that began on a kitchen roof at the corner of Green and Hay Streets spread rapidly. By day's end more than 600 structures along eight major streets were consumed by flames, including homes, stores, churches, hotels, the Fayetteville Academy, and the town hall where North Carolinians had ratified the U.S. Constitution in 1789. Less than a month later, on 21 June, a fire in Raleigh devastated the old State Capitol. The cause of that disaster was blamed on the carelessness of a workman, who, ironically, started the blaze while installing a fireproof zinc roof. A particularly destructive fire in Greensboro in January 1849 prompted the town to buy an improved fire engine, one manufactured in Baltimore and dubbed "General Greene." 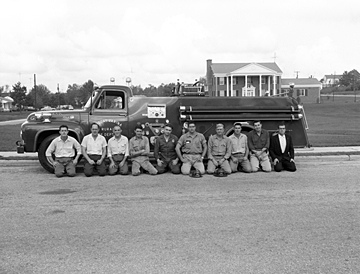 Various volunteer "bucket brigades" and fire departments were formed during the nineteenth century as growing towns began to face ever greater risks from fire. The first fire engine was purchased by the city of Raleigh in 1816. Charlotte's first fire prevention services were authorized by city officials in 1845. The Wilmington Hook and Ladder Company, a volunteer group, was chartered in 1867. Thirty years later Wilmington organized the city's first professional fire department, staffed by 30 men who fought blazes with three steam fire engines and one hook-and-ladder truck.

Before the Civil War, slaves often served as official firemen in their communities. Fayetteville and Wilmington-both ravaged earlier by widespread fires-relied on slave labor to operate the considerable firefighting equipment they had acquired by the late 1840s and 1850s. In 1848, 10 slaves manned Fayetteville's hook-and-ladder company, and 25 others served in the town's two-engine companies. As official firefighters, each slave wore a distinctive cap marked with the number of the engine to which he belonged. 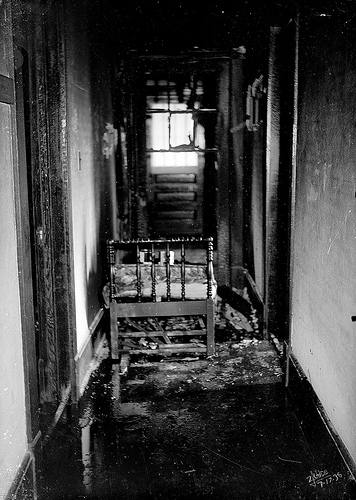 Notable fires in North Carolina have occurred in business and manufacturing settings. In 1923 a raging fire, caused by sawdust that ignited in the factory, wrecked the White Furniture Company's structure in Mebane; no one died, and the business survived. On 28 Jan. 1934 a fire at Wrightsville Beach destroyed the northern end of the island and claimed the celebrated Oceanic Hotel. On 11 Mar. 1948 nine patients perished at Highland Hospital in Asheville; among the dead was Zelda Fitzgerald, the talented yet troubled wife of American author F. Scott Fitzgerald. One of the state's worst industrial disasters occurred at Imperial Food Products, a chicken-processing plant in Hamlet, where on 3 Sept. 1991 a hydraulic line ruptured and started a blaze. Flames and toxic smoke killed 25 workers and injured 56 others. In July 1998 another Asheville fire-attributed to arson-substantially damaged the family home of novelist Thomas Wolfe, author of Look Homeward, Angel (1929).

As the twentieth century progressed, fire departments and rescue services came increasingly under the control of local and state governments. The modern-day Office of the State Fire Marshal, a division of the North Carolina Department of Insurance, rose from the state's Firemen's Relief Fund, established by the General Assembly in 1907. The office consists of six divisions: the Engineering Division, Manufactured Buildings Division, State Property Fire Insurance Fund Division, Fire and Rescue Training and Inspections Division, Fire and Rescue Commission Division, and Division of Prevention, Program Development, and Grants. The Engineering Division administers state building codes, and the Fire and Rescue Commission Division regulates city fire departments, rescue squads, and the more than 40,000 certified volunteer firefighters working in the state. Between 1995 and 2005, North Carolina's 1,300-plus fire departments lost 31 professional or volunteer firefighters who were killed on the job.