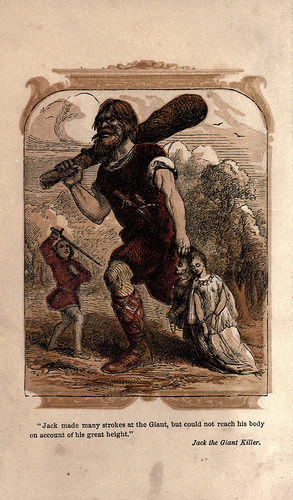 Though threatened by urbanization, the oral tradition of storytelling has been preserved by the tendency for southern men to gather to hunt, fish, and share their stories. And while some stories have proliferated in the region, taking place wherever the tale happens to be told, others are geographically centered and unique to a single significant region. This form of folktale is the local legend. Legends are a form of oral literature in the genre of folk narrative or storytelling closely related to myths, but largely rooted in folk history rather than supernatural occurrence or divine providence. North Carolina legends reflect varied eras and places, precolonial times to the present, and all areas of the state from the mountains to the coast. Local legends often involve the supernatural or important historical events. Stories about the Maco Light in Brunswick County, the Devil's Tramping Ground in Chatham County, and the Brown Mountain Lights in Burke County are some of the better-known local legends of North Carolina. Such stories often become lumped with ghost stories, and though thousands of ghost stories exist in North Carolina, passed from friend to friend or county to county, these tales fall on the typical legend structure. Local legends can also be centered on interesting people, with most towns claiming tales about such "characters." The western village of Murphy was known as Klausuna (Large Turtle) according to Cherokee legend because it was the sunning place of a gigantic turtle. On the Outer Banks at Rodanthe, locals tell the legend of Old Buck, a punishing opposite to Santa Claus who appears during the Old Christmas celebration each January.

The most widespread of the state's legends, particularly among high school and college tellers, is the legend often called the Vanishing Hitchhiker. Seen seeking a ride home in every area of the state, the vanishing hitchhiker is a young woman killed in a car accident years ago. She reappears as a human-looking ghost at the scene of her accidental death asking to be taken home by a passing motorist, but she disappears along the way. When the driver proceeds to her home, he or she learns of the woman's death, of which the current day is the anniversary. This oral narrative in countless variations is a past and current favorite legend, not only statewide but throughout the world as well.

Many folklorists consider personal experience narratives, in which a person tells the story of a memorable event in their own lives, to be a form of folktale. Within the tale repertoires of individual storytellers, there is often a continuity of subject matter and theme between personal experience narratives and traditional tales. Legends can be contemporary, and legendary figures still can interact with everyday individuals.

Similar to legends, which often feature natural occurrences or nonhuman characters, animal tales feature animals with human characteristics as heroes and antagonists. The animal characters often appear in pairs and represent opposing human qualities. Animals walk, talk, use tools, and mirror the daily human lifestyle of the storyteller and his or her community. North Carolina's animal tales are rooted in African American, Cherokee, and Appalachian Mountain traditions. Animal tales originating in slave communities were often stories of protest challenging the social order. In the telling of animal tales, many different species come to have specific connotations, or in the annals of folklore, represent specific meanings, omens, or superstitions.

Superstitions are a basic genre of folklore found throughout the world, from ancient times to the present. Because an unnecessarily negative association has come to be attached to the word "superstition," many prefer the somewhat more neutral term "folk belief" to describe the same concepts and sayings. The most extensive collection and analysis of North Carolina-related superstitions is found in The Frank C. Brown Collection of North Carolina Folklore, volumes 6 (1961) and 7 (1964). These two North Carolina volumes have become the model for all succeeding attempts at collecting and classifying other American superstitions. Volume 1 (1952) of the same collection also has a brief section on North Carolina superstitions called "Beliefs and Customs," edited by Paul G. Brewster. Almost 9,000 different superstitions, collected in or related to North Carolina, are listed under the general headings "cycle of human life," "the supernatural," "cosmology and the natural world," and "miscellaneous." Examples include: "If a hog's tooth is carried in the pocket, the bearer will never have a toothache," collected from Allie Ann Pearce of Colerain (Bertie County); "An emerald worn in a ring or pin will give the wearer happiness," collected from Lucille Massey of Durham County; and "It is bad luck to start anywhere and forget something," collected from W. J. Hickman of Hudson (Caldwell County).