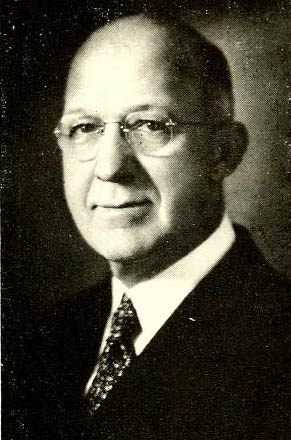 William Walter Peele, Methodist clergyman and educator, was born at Gibson, the son of Andrew and Nora Jane Gibson Peele. He received a bachelor of arts degree at Trinity College (now Duke University) in 1903 and was elected to Phi Beta Kappa.

In 1906 Peele was ordained to the ministry of the Methodist Episcopal Church, South. From 1903 to 1906 he served as professor of mathematics and from 1906 to 1909 as president of Rutherford College (established in 1853 in Burke County as Rutherford Academy; later the academy and Weaver College merged with Brevard College). After leaving Rutherford he was headmaster of Trinity Park School, the preparatory school of Trinity College, and professor of biblical literature at Trinity. He returned to the pastorate and from 1918 to 1923 served as pastor of Edenton Street Methodist Church in Raleigh and Trinity Methodist Church in Durham. In 1928 Peele transferred to the Western North Carolina Annual Conference and became pastor of the First Methodist Church in Charlotte, serving until 1937. He was the presiding elder of the Greensboro District from 1937 to 1938.

In 1938 he was elected bishop at the last General Conference of the Methodist Episcopal Church, South, which united with the Methodist Episcopal church and the Methodist Protestant church to form the Methodist church at the United Conference in Kansas City, Mo. (26 Apr.–10 May 1939). He was assigned to the Richmond Area, which included Virginia and North Carolina (fifty-six eastern counties), then elected president of the Council of Bishops. Peele was the only pastor of Edenton Street Church to be elected to the episcopacy since the church was founded in 1811. Peele served the church as vice-president of the foreign division of the Board of Missions; chairman of the Commission on Army and Navy Chaplains, Commission on Camp Activities, and Methodist Commission on Overseas Relief; and president of the North Carolina Council of Churches. He received honorary degrees from Duke University and Randolph-Macon College.

Peele married Elizabeth Lytch of Laurinburg in 1911, but they had no children. At his retirement in 1952 he was succeeded in the Richmond Area by Bishop Paul Neff Garber (1899–1972), onetime professor of church history at Duke University. He died at Laurinburg and was buried in a family cemetery near the Peele home.

Journal of the North Carolina Conference (1960).