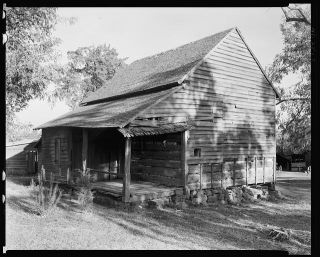 Immigration has been the means by which North Carolina came into existence, steadily grew through decades of changing population trends and expansion, and ultimately emerged as an ethnically diverse modern state in the early twenty-first century. The peak period of immigration to and settlement of the region that became North Carolina lasted from about 1730 until the American Revolution. This period witnessed a virtual flood of English, Scottish, German, Irish, and other immigrants into North Carolina, first into the land immediately adjacent to the Atlantic Coast and then farther west and into the backcountry. Although European settlers could be found in every part of the state by about 1830, the ethnic makeup of North Carolina continued to evolve through the integration of new peoples from practically every country and culture in the world.

Many of the colony's earliest immigrants had first landed in other British colonies, such as Virginia, Maryland, South Carolina, and Pennsylvania. By the 1660s, several hundred settlers had moved from Virginia into the Albemarle region to find farmland and to trade with the Native Americans. French, German, and Swiss people were among these settlers, some of whom (particularly the Swiss) were fleeing religious and social persecution; the Germans were escaping cold winters, poverty, and war. In 1710 the Swiss and Germans settled New Bern, an action that helped spark the colony's first major conflict with native people, the Tuscarora War (1711-13). After the Indians were defeated by local militias with the help of the Virginia colony, white immigration into the Middle Coastal Plain increased because the war had decreased the Indian threat.

The process of becoming a citizen in colonial North Carolina was quite simple. Immigrants signed a statement of allegiance as they came off the ship. The process of naturalization and subsequent granting of citizenship could take place in almost any court. The English Parliamentary Statute of 1740 required a residence of seven years, but immigrants need not live continuously for seven years in the colony where they were to apply for citizenship. The relatively few instances of naturalization recorded in the Colonial Records of North Carolina make no mention of a residency requirement, but they routinely note that the persons seeking naturalization "took the oaths and subscribed the test as required by law." Prospective citizens would take an oath of loyalty to the Crown and colony before having citizenship conferred upon them and would receive the Sacrament of the Lord's Supper within three months of taking the oath. For every naturalization, a payment of two shillings was required.

In the 1720s the first permanent settlers arrived in the Lower Cape Fear region. They included colonists from South Carolina who were fleeing economic depression, high taxes, and political unrest, as well as those from New York, Pennsylvania, Maryland, and Massachusetts. In 1739 Welsh and Scotch-Irish immigrants began to arrive. High rents, burdensome taxes, unemployment, and famine in Ireland had driven away the Scotch-Irish in particular. Highland Scots settled in the Upper Cape Fear Valley in present-day Fayetteville and in Cumberland, Bladen, and other nearby counties.

Africans-most of whom were slaves-added greatly to the colonial population, either coming from other American colonies or from abroad. Most slaves lived in the Lower Cape Fear region, where South Carolina and Virginia immigrants often brought their slaves with them and thus began the plantation culture of rice, indigo, and naval stores. Slaves were less common in the Albemarle and Middle Coastal regions, where there were fewer large plantations.

The Piedmont initially was settled by English colonists from the coastal towns. By the 1780s Scotch-Irish and German settlers arrived via the Great Wagon Road from Pennsylvania, Maryland, and Virginia. Germans of Lutheran and German Reformed faiths located near the Yadkin and Catawba Rivers. In 1753 Moravians from Pennsylvania began building a well-planned, tightly controlled congregational community at Salem and other villages in Forsyth County. Salisbury, Hillsborough, and Charlotte were established between 1753 and 1766. The immigrants who populated the Mountain region were primarily of English, Scotch-Irish, and German descent, many of whom had migrated from the Piedmont and the Coastal Plain. By 1830 western North Carolina had more people than the eastern region, which nevertheless continued to control the government.

North Carolina's poor conditions-earning it the nickname the "Rip Van Winkle State"-slowed the number of immigrants throughout the early to mid-nineteenth century and led to significant out-migration from the state. While some reformers and newspapers pointed out the high degree of ignorance and poverty in which people lived, most state leaders failed to address these needs, often opposing spending for schools, roads, agricultural reforms, or scientific advancement. In response, many farmers and other settlers moved west.

The out-migration of North Carolina's African Americans escalated following the Civil War, which brought them freedom but left them to face poverty in an increasingly repressive political climate. With the return of white Democratic rule after the 1876 election, harsh discrimination, a practically nonexistent political voice, inferior housing and schools, and low wages prompted blacks to move elsewhere. In the final quarter of the nineteenth century, about 100,000 blacks left North Carolina, and between 1910 and 1950 about 280,000 blacks moved to cities such as as Washington, D.C., New York, and Detroit.

Not until World War II did the out-migration of North Carolinians, both black and white, begin to wane. The civil rights advances of the 1960s and 1970s, the end of segregation, and a tremendous economic growth began to lure thousands of people to the state. Growth was and remains most pronounced in the Charlotte area, the Piedmont Triad (Winston-Salem/Greensboro/High Point), the Research Triangle (Raleigh/Durham/Chapel Hill), and, more recently, Asheville and Wilmington. These and other areas have attracted people from across the nation and the world in search of jobs, education, and a better way of life.

Beginning in the 1960s and 1970s, the increased diversity of immigrants to North Carolina-including Asians, Indians, and Latinos-has provided new dimensions to the state's modern-day culture. Of the huge numbers of Asians arriving in the United States in the 1970s, particularly in the turbulent aftermath of the Vietnam War, many settled in North Carolina. Just prior to the fall of Saigon on 30 Apr. 1975, President Gerald R. Ford authorized the entry of 125,000 Vietnamese refugees into the country, and by 1980 about 2,400 of them were living in various parts of North Carolina. A "second wave" of these immigrants in the 1980s consisted of "boat people," most of whom were semiliterate farmers and fishermen and small-town merchants.

The Hmong, a highland tribal people thought to have originated in prehistoric central Asia or northern China, began leaving war-torn Laos in 1975 and heading for Thailand and then the United States. A year later, the first Hmong refugees arrived in North Carolina directly from camps in Thailand. Of the approximately 250,000 Laotians who had resettled in the United States by 1990, about 2,000 lived in North Carolina.

Immigration from India and elsewhere in South Asia to North Carolina has occurred almost wholly since the 1960s. Most of these residents live in the Triangle area of Raleigh/Durham/Chapel Hill. Many are engineers and scientists, although physicians, college professors, and members of the business community abound among the ranks of the close-knit, highly educated Indian American population. The Triangle community has grown large enough to support a 700-member Hindu temple in Morrisville, built in 1986. In 1997 the nationwide Indian American Forum for Political Education held its annual convention in Raleigh, as a tribute both to local Hindu Priest Swadesh Chatterjee and to the growing influence of the North Carolina contingent of Indian Americans.

Other Asians, especially Chinese, Japanese, and Koreans, began coming to North Carolina in the last quarter of the twentieth century to study and to start businesses. By the year 2000, North Carolina's Asian-American population included about 26,000 East Indians, 19,000 Chinese, 15,000 Vietnamese, 12,000 Koreans, 9,000 Filipinos, 7,000 Hmong, and 4,000 Pacific Islanders.

By the early 2000s, the fastest growing immigrant group in North Carolina was of Latino descent. More than 600,000 Latinos were believed to be living in the state-many in the Charlotte, Triad, and Triangle areas as well as near military installations. Cubans, who in the 1960s fled the socialist revolution that put Fidel Castro in power, constituted the first wave of Latinos to enter the state. Beginning in the mid-1970s and early 1980s, many thousands of Mexicans arrived in the United States-some illegally-in search of better jobs, lifestyles, and educational opportunities. Some, having heard of employment opportunities through friends and family members already in the state, entered North Carolina as migrant workers to harvest tobacco, cucumbers, tomatoes, sweet potatoes, and other crops. More recently, immigrants in other occupations have come from Central and South America as well as Mexico. Other Latinos in the state fled civil war in countries such as El Salvador, Guatemala, Nicaragua, and Peru or political-economic problems such as those in Colombia and Venezuela.

In 2006 illegal immigration to the United States remained a serious problem, with states and the federal government attempting to develop solutions that were both fair and legally sound.

hey i think this passage is