Long Journey of the Highland Scots

From Europe to the Cape Fear 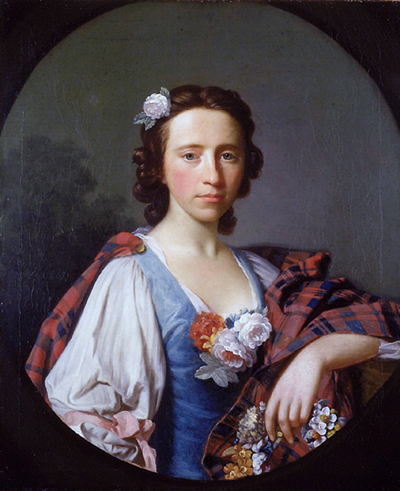 In the half-century after the Tuscarora War, as Africans and Englishmen began clearing out plantations around Cape Fear, the population of colonial North Carolina became dramatically larger and more diversified. When Maurice Moore established the town of Brunswick, North Carolina was England's most thinly populated mainland colony. By the time of the American Revolution, only Virginia, Massachusetts, and Pennsylvania supported more inhabitants than North Carolina. The colony's population climbed from fewer than 35,000 in 1730 to well over 200,000 by 1775.

Beginning in the 1730s a relentless flow of immigrants poured into North Carolina. Newcomers of Welsh descent settled along the Northeast Cape Fear River in the early 1730s. Starting in 1732, Highland Scots moved into the Cape Fear backcountry. Later on, Scotch-Irish and German immigrants from Pennsylvania, Maryland, and Virginia would travel down the Great Wagon Road to the North Carolina Piedmont.

Journey by Sea, Settle by River

Before reaching the more plentiful land of Carolina, the Highland Scots, like other transatlantic migrants, had to endure a long and grueling ocean voyage. Often it was this voyage, not the actual settlement of land in Carolina, that proved most difficult for the immigrants. The journey could last from one to two months. Living quarters on shipboard were usually below deck -- damp, dark, and airless. At times disease rampaged among the tightly housed Highlanders. Ship captains often violated their contracts and failed to supply the food they had promised. Mortality rates on these voyages were notoriously high.

Scots bound for North Carolina almost invariably landed at Cape Fear. Unlike other North Carolina rivers, the lower Cape Fear was navigable by seagoing vessels for over twenty miles upstream. Although they disembarked at both Brunswick Town and Wilmington, the arriving Highlanders preferred the latter site because it placed them closer to the backcountry. After landing, they transferred their belongings to longboats, canoes, or other small craft and made their way up the Cape Fear River. Ninety miles upstream, at the site of present-day Fayetteville, they debarked for the last time.

By the time of the American Revolution, as many as 10,000 Highland Scots may have settled along the Cape Fear and its tributaries. There they found an abundance of land and resources unheard of in their native Scotland. But it was not just newcomers from Wales and the Scottish Highlands who swelled North Carolina's population in the mid-eighteenth century. While these settlers pushed back the Cape Fear frontier, Scotch-Irish and German immigrants poured into North Carolina by another route: the Great Wagon Road.

Read more about the Highland Scots in NCpedia: